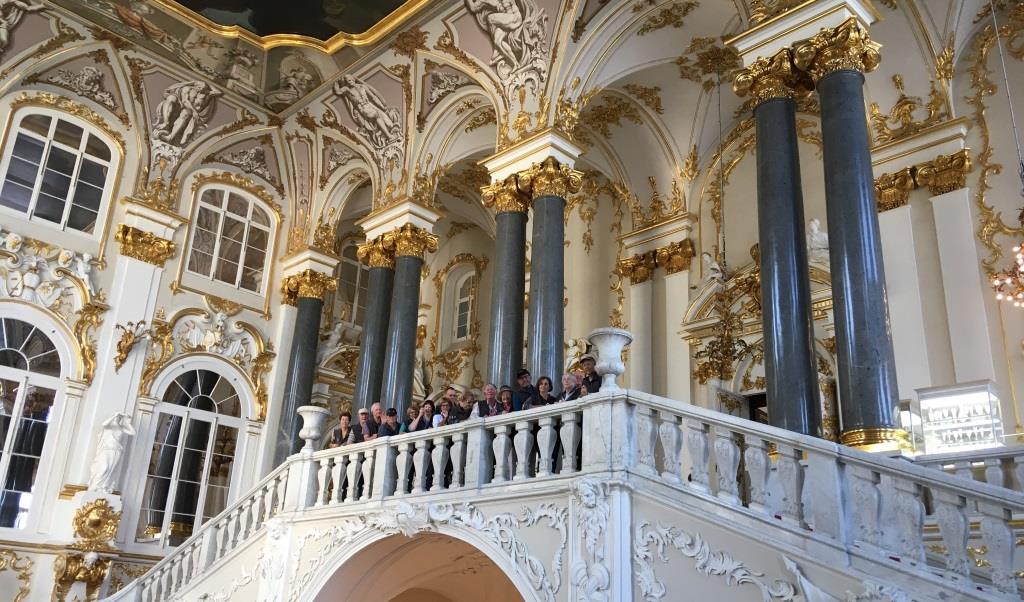 In May 2018 our small group from Rockhampton arrived in Saint Petersburg, Russia’s second largest City and Cultural Capital, to begin our Nordic Gems Tour. Founded in 1703 by Tzar, Peter the Great, the city was built by conscripted peasants from all over Russia.

This city boasts a wealth of History, and houses some of the worlds greatest art treasures in the Hermitage Museum, along with some fabulous buildings mostly commissioned under the rule of Catherine the Great, during the late 1700’s.

St Petersburg  (also know as Petrograd and Leningrad) was host to the Romanov Dynasty, and was the seat of Government till the Communist Revolution of 1917. The city again endured a 872 Day siege by the Germans during the Second World War. The City is truly inspirational with over 8000 monumental sites.

Our visit includes the Magnificent Hermitage Museum (Winter Palace), the Church of the Savior of the Blood, Smolny Convent, The Peter & Paul Fortress, and Peterhof Grand Palace and its famous gardens, along with evenings at a Russian Cultural Show, and at the Mariinsky Ballet and Opera Theatre, as home to one of the top 6 ballet and and opera companies in the world and home of the Russian Ballet since the 1860’s.

Our few days in this magnificent city were richly rewarded with wonderful weather and a cultural experience unrivalled.